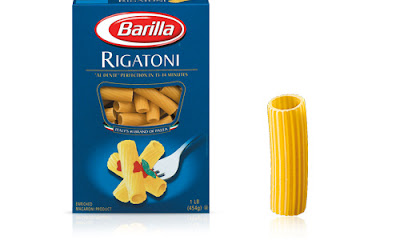 Naming something new is serious business for me-- the names of my stuffed animals, dolls, and pets have always been carefully considered. I have yet to name a child, but I expect it will cost me no little effort. My last blog had a very clear purpose, and its name placed a limit on both content and duration. Long before it had run its course, I started thinking about whether I wanted to start another blog, and simultaneously about what it would be called. The naming was by far the bigger ordeal-- now the decision is made (at last) you may wonder... of all things, rigatoni? I'll attempt to explain.

Rigatoni is a running joke between me and Eric (my husband)-- I know I'm venturing on "had to be there" territory, but bear with me. Ever since I can remember, Eric has invented ridiculous things to make me laugh. One day he imagined-- out loud, for my benefit-- a third-rate comedian trying to save a dying act by yelling "Rigatoni!" in a nasal, ever-so-slightly French accent. Whatever humor there was in the original exclamation was somehow magnified by repetition, and it soon became our battle cry and all-purpose expression of exuberance. Our wedding was notable for frequent outbursts of "Rigatoni!" The original enthusiasm has dimmed somewhat-- we can now pass fairly calmly down the pasta aisle of the grocery store, and Eric has a new way to make me laugh uncontrollably*-- but along the way, Rigatoni became my Ravelry name, and so it remains. Since Rigatoni is already my knitting alter-ego and this blog will be mainly-- not exclusively-- about knitting, it seemed a fitting title.

That takes care of the christening, I think. If you're here because you followed 52 weeks, 52 hats, I'm thrilled to have you back. If you ended up here by chance, welcome to the dark heart of my fiber obsession, which constantly threatens to engulf larger portions of my life. If you're not here, I can't really blame you for staying away... and if you're still here after the bit about Rigatoni, then you definitely belong.


*If you must know, he sings the phrase "can of tuna" to the tune of "Barracuda"
Posted by Aimee at 7:15 AM